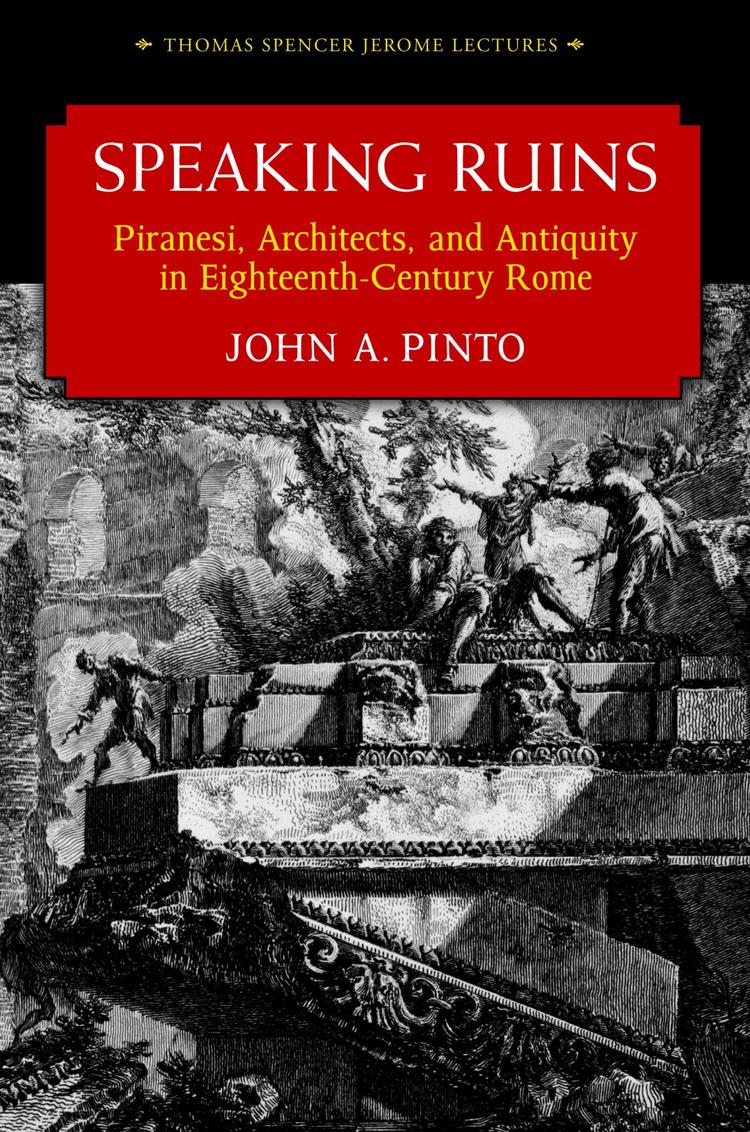 As they had during the Renaissance, ruins in the 18th century continued to serve as places of exchange between antiquity and modern times and between one architect and another. Rome functioned as a cultural entrepôt, drawing to it architects of the caliber of Filippo Juvarra, Robert Adam, Charles-Louis Clérisseau, and Giovanni Battista Piranesi. Through their collaboration, on-site exchanges, publications, and polemics, architects contributed notably to fashioning a more critical and sophisticated view of the material heritage of classical antiquity, one that we associate with the Enlightenment and the origins of modern archaeology. In this lavishly illustrated volume stemming from his Thomas Spencer Jerome Lectures at the University of Michigan and the American Academy in Rome, distinguished architectural historian John A. Pinto traces an extraordinary path through the development of European architecture. This period saw the transformation of history and archaeology. Texts were treated more skeptically as scholars placed greater reliance on artifacts as sources of information, and architects such as Giovanni Battista Piranesi increasingly played a crucial role in the recording and visual presentation of ancient art and architecture.

Piranesi and other 18th-century architects active in Rome explored the full creative potential of ancient architecture, its dual metaphorical function as both palimpsest and template. Their responses to the ruins of Rome, as well as other parts of the classical world, created a significant body of historical knowledge, but also propelled them to create new and dazzling designs, such as the Trevi Fountain, Santa Maria del Priorato, and Syon House. Their elaborate study and accurate renderings of ancient sites enriched contemporary understanding of the material heritage of classical antiquity; their informed conjectures and flights of fancy gave it wings. Their encounters on sites such as Hadrian's Villa and Pompeii, where the ruins spoke with great eloquence, greatly enriched the architectural discourse of the Enlightenment. Speaking Ruins emphasizes the close relationship between the intensifying archaeological explorations in this period especially in Rome and vicinity, but also in Greece and the Levant, and the development of post-Baroque styles in architecture, shading gradually into romanticism and neoclassicism.

Speaking Ruins is an investigation of the legacy of classical antiquity. As a study of the classical tradition, it should be of particular interest to classicists and archaeologists, while its argument that 18th-century Rome provided a crucible for the developing disciplines of archaeology and art history will engage the interest of a wide range of humanistic scholars. Speaking Ruins tells a fascinating story, with Piranesi and his works centrally involved.